Posted on November 22, 2013 by westcarrollchamber 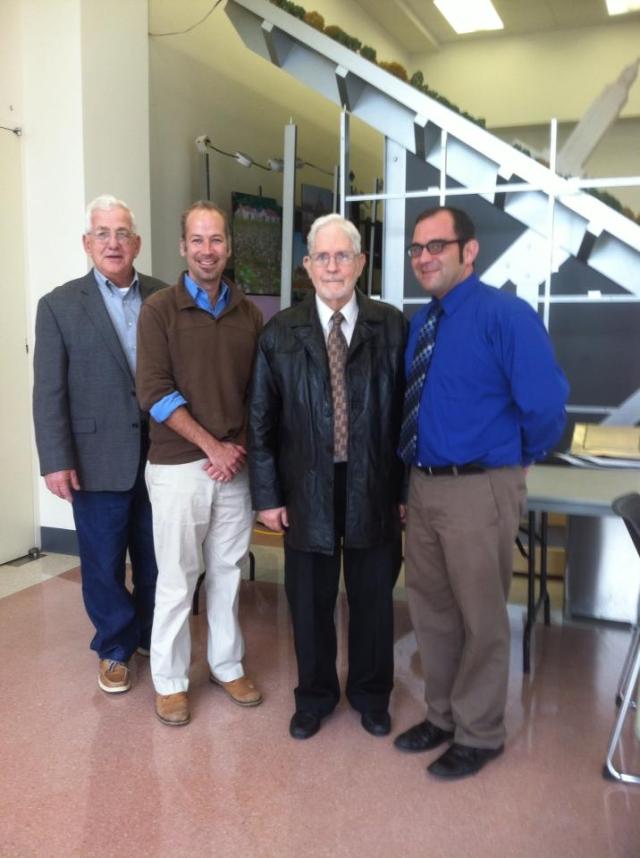 “This is huge not only for the theatre, but for the Town of Oak Grove and everyone in West Carroll Parish,” Adam T. Holland, President of Holland Entertainment who operates the theatre for the W.C. Chamber said. “Being included on this list brings with it much prestige for the theatre and our town, along with possible grants for Historic Preservation.”

Holland was accompanied to the hearing in Baton Rouge, La. by Donald B. Fiske Jr., Chamber President H. Doug Ainsworth, Chamber Director Rita Ainsworth along with Dr. Andrew Liles and Gabrielle Begue from the Tulane School of Architecture at the hearing on Thursday.

He presented to the review board a presentation entitled “The Fiske Theatre: ‘The Anchor Holds’,” which gave a brief history of the theatre, its architecture features and its story of overcoming the odds to become once again the No. 1 Independent Movie Theatre in North Louisiana.

“In 1988 Mr. Donald Fiske entrusted the chamber with the theatre so it would be preserved for our posterity,” Chamber President H. Doug Ainsworth said. “By getting it on the registry not only will it bring his pride and joy the national prestige it deserves for its architectural and cultural contributions to West Carroll Parish and the industry, but this will protect its integrity for the generations that will follow us.”

The Fiske Theatre is being nominated on the criteria of its Architectural Contributions to Mid-Century Theatre Construction and the historical cultural impact it has had for the citizens of Northeast Louisiana and Southeast Arkansas.

The Fiske Theatre was designed by the late B. W. Stevens of New Orleans and was named the “Most Modern and Well Equipped Theater” constructed in the nation in 1950 by the Motion Picture Theatre Exhibitors Catalog. The Fiske and her almost twin The Joy on Canal Street in New Orleans are the only two remaining theatres still in operation that were designed by Stevens. Though in a state of unrepair you can also see resemblances of Mr. Stevens work and the Fiske Theatre in the Joy theatre on US 80 in Rayville.